Dear partners, if you have questions related to the company's activities, as well as claims or recommendations, please feel free to contact us by e-mail: [email protected] spayka.com

© 2020 "Spayka" LLC All rights reserved.
Developed by Studio One
PM attends opening of cheese and dairy products plant
All news 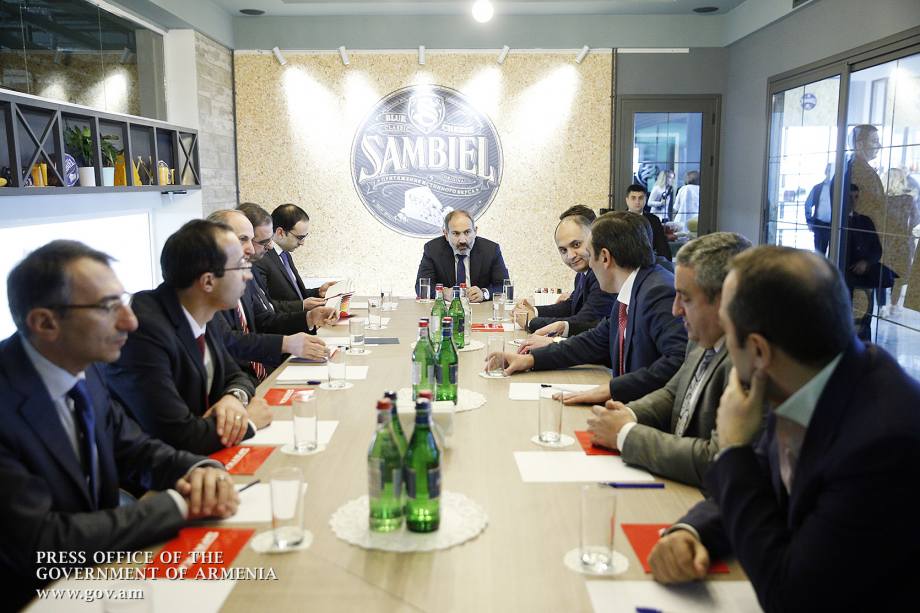 Prime Minister Nikol Pashinyan attended the opening ceremony of Spayka agro-holding’s cheese and dairy products producing plant. The facility is equipped with the latest state-of-the-art technologies. The Head of Government toured the factory, which called for an investment of about USD 15 million. 120 new jobs were created under the project.

It was reported that the production line enables the production of the whole range of cheese with mold. The annual output of Sambiel cheese will rise to more than 2000 tons. Sambiel will be consumed in Armenia, CIS and Middle Eastern countries.

The factory will purchase more than 20 million liters of milk per year. The company has established a laboratory for milk quality testing.

At the second stage, in cooperation with a Dutch investment company, Spayka intends to build another plant for semi-dairy and dry cheese assortments to produce Dutch and Swiss high-quality sorts of cheeses. The total amount of investment will rise to about USD 30 million, and the plant’s productivity will increase by over 6,000 tons.